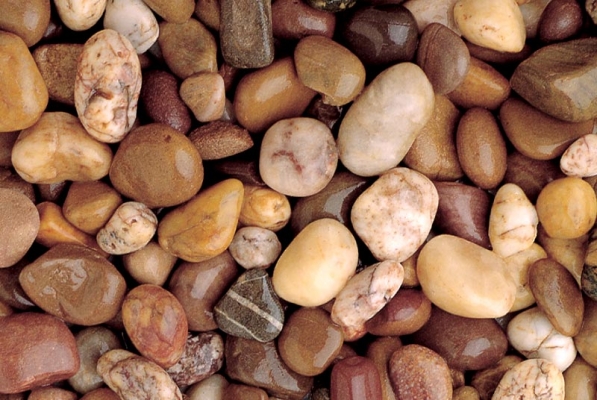 What Do You Do With Little, Brown Rocks?

My daughter, Audrey, is 6. It’s a great age. The world is starting to look like something that maybe you could understand a little. Questioning things produces answers that finally make some sense. But at the same time the mysterious nature of life and the universe and God are being experienced. Audrey is ok with that. While she wants to know all she can about…everything, she is surprisingly content when things just can’t be explained.

She is a deep soul. She’s serious, analytical, persistent, a lover of beauty, and fiercely loyal. These are her greatest strengths, but they are also her greatest vulnerabilities.

Her loyalty is an especially admirable quality. Although kindergarten can be tough on a loyal friend, as one specific day proved to us.

I knew something was wrong the moment I saw her. In the car pick-up line at school it’s at about 10 cars back that I begin to make out her fluffy gray hat and her neon green puffer jacket. It doesn’t matter if it’s 55 degrees or 5–she insists she needs her hot pink mittens, as well. We typically spend the next 10 minutes waving, blowing kisses, and doing our own version of sign language to begin communicating about our day. But this day was different. Her typically smiling face was completely hidden beneath her hat. She had pulled it all the way down over her mouth. She was hunched over, leaning away from her best friend, whom she is usually poking, whispering, and giggling with. I wanted to jump out of the car right then and scoop her up, but holding up a line of parents eagerly waiting to see their own children is generally a bad idea, so I waited. I spent the next 10 minutes feeling like each parent was taking for-ev-er to herd their mini humans into their cars. I stared at Audrey, hoping she would lift her hat and see me there. As I got closer, I could see her little body moving up and down with sobs. Tears stung my own eyes. After an eternity, it was our turn, and her friend poked her and pointed at me. She lifted her hat and looked at me, and I saw her red, swollen eyes and her wet cheeks. She ran to the car, and as soon as the door opened I could hear her sobs. “Baby, baby! What’s wrong!? Why are you crying, honey?!” She tried to tell me, but she was crying so hard she couldn’t even breathe, much less talk. I spent the drive home just trying to comfort her, wondering what in the WORLD could have hurt her so deeply. As we were pulling into the driveway, I asked, “Are you hurt? Does something hurt??” She was finally able to speak, “My heart.–sob–My heart hurts.–sob–It feels like it is broken.” I may have lost it here. At this point we’re home, and I ran to grab her and hold her and wipe her snotty, wet face on my sleeve. Who even cares. She settled down, we got inside, and the story was told.

BFF accused Audrey of tearing her paper hat. When Audrey explained that she couldn’t have done it, BFF says, “You’re a liar! I’m telling everyone that you’re a liar so that they won’t be friends with you anymore! You won’t have ANY friends!” BFF then rounds up 3 more girls, tells them the story, comes back and they all begin teasing and accusing her. Some phrases mentioned: “You’re a liar.”, “No one wants to be friends with you.”, “You’re the worst kid in this class.”, “We’re all prettier than you. You’re ugly.”, “Nobody likes you.”, etc. Yes, this is KINDERGARTEN. Lord help us.

I asked her if these things were true. She was confused. She didn’t think they were, but if these girls were saying them, maybe they were. I asked, “Does God think these things about you?” “No. He loves me.” “So are they true?” “No.” And then, she starts to pull herself up. “I know what to do with these things. I’m going to put them in my send-away boat and push them into the lake.” YES! She closes her eyes and is quiet for a few moments. She opens them and tells me that the mean words looked like little, brown rocks in her boat. And then she tells me she feels better.

It was over. That was it. And I marveled at how EASY it was! And then I asked myself, “How do other parents help their children overcome pains inflicted by others without a send-away boat?! How do they teach the concept of forgiveness (which in the New Testament means to “send away”) to a child? EVERY PARENT NEEDS THIS BOOK!”

I called my mom and thanked her for writing “The Two Doors”! For giving me tools to help Audrey overcome and forgive the inevitable PAINS that will come into her life–at age 6 and at age 66! And I am passionate about this concept now. This tool.

Audrey did not take to heart the things said. And we talked about how important it is to not be friends with or spend time with people who purposefully hurt us–forgiveness is NOT ignoring or denying offenses so that we maintain relationships with people who disrespect us. She was able to “send away” (forgive) the words and offenses without accusing or condemning the girls who said them, and also to maintain boundaries and protect her heart from them in the future. Beautiful freedom for all involved.
The event has not been mentioned since. It is finished.